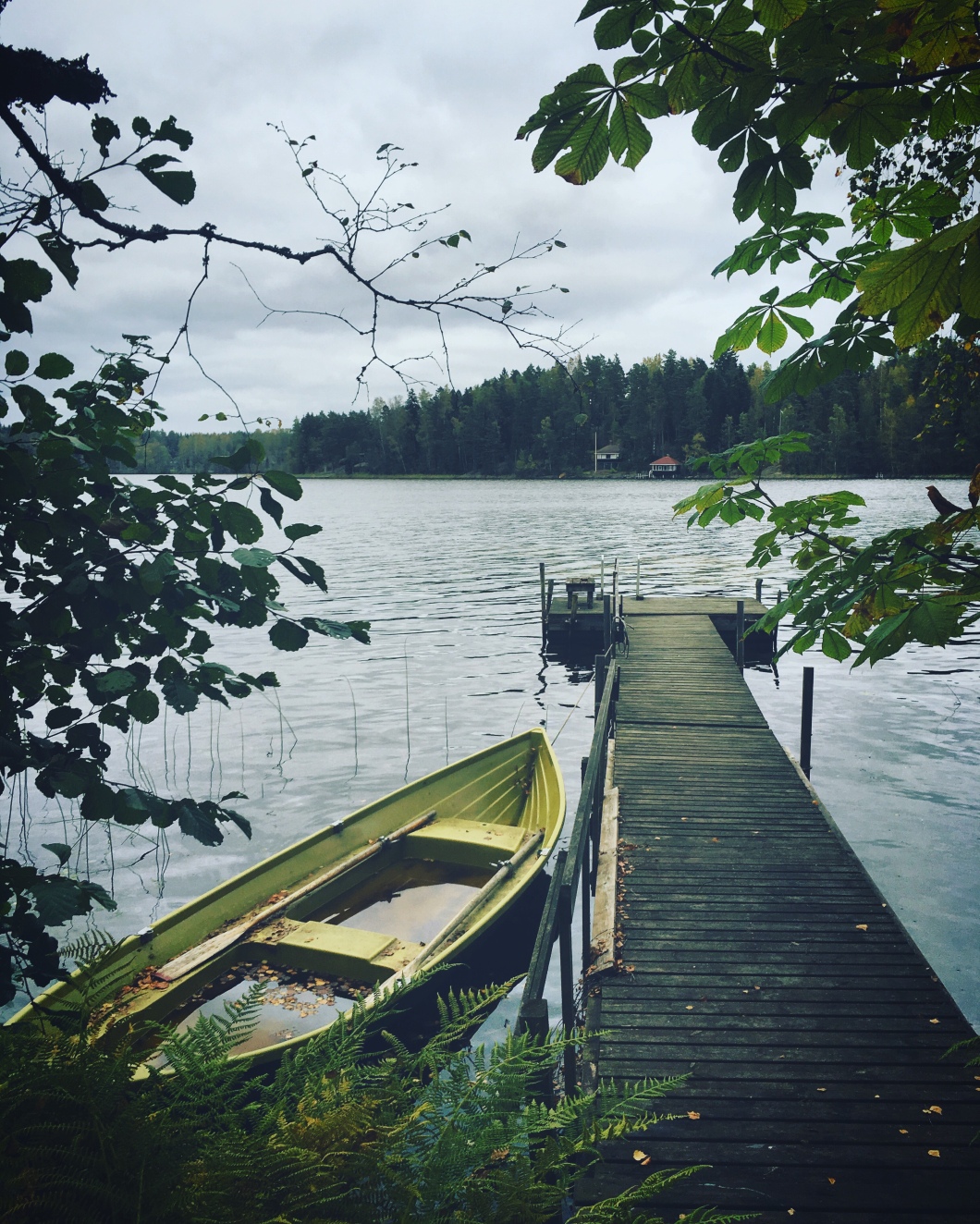 This week has been Keliakiaviikko aka Coeliac Week in Finland, so I got inspired to put together a little update on my recommendations for eating in Helsinki, a place which has become a second home to me, from traditional Lapland cuisine to raw vegan cafes.

You can find the original piece on being Gluten Free in Finland HERE.

Lappi showcases a polished take traditional Lapland cuisine, since the Pet Finn hails from Santa’s hometown, this had been a place he wanted to take me ever since we got together.

Lappi is a meat lovers paradise, the menu is game-heavy with wild meat like reindeer and elk, from Finland’s northern regions, you can straight up see why it featured on the late Anthony Bourdain’s Helsinki outing of No reservations.

The menu varies seasonally depending on availability of ingredients. When we visited in late summer they had some fantastic lightly smoked Lapland salmon on the menu too, as well as a lot of foraged chanterelles and blueberries.

Though not exclusively gluten free the servers and chefs have good knowledge of allergens and were happy to adapt dishes for me if needed, as well as providing gluten free bread and separate butter.

To find out more about my meal at Lappi check out my full review!

Visit: to try a real taste of the North

Juuri translates as root, and the menu here focuses on showing off seasonal, local ingredients and dishes in a light, contemporary Nordic style. 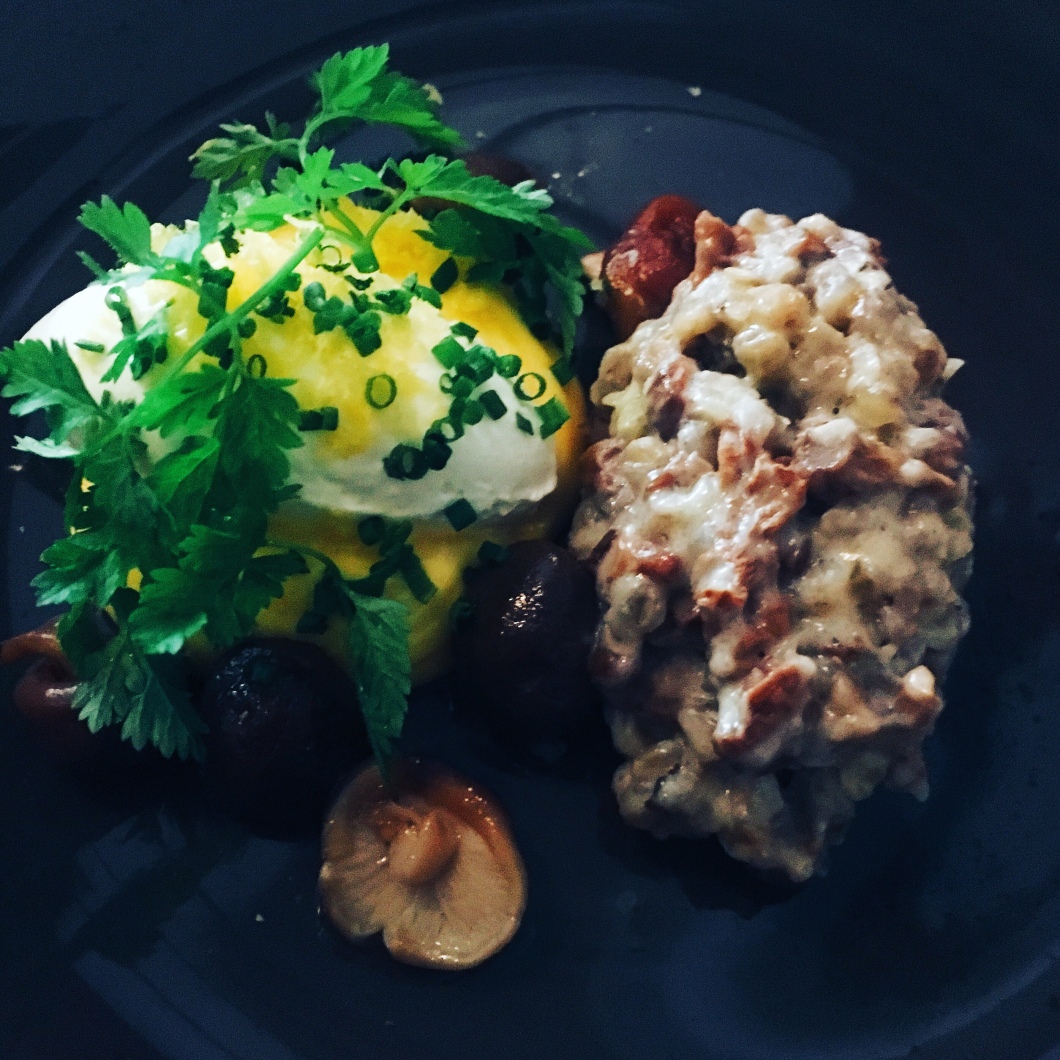 I visited to try their famous “sapas” small plates, which are great for sharing or in my case for being greedy, although they also have a full menu. Highlights included lightly cured rainbow trout, muikku (vendace) and chanterelles with egg and buckwheat. 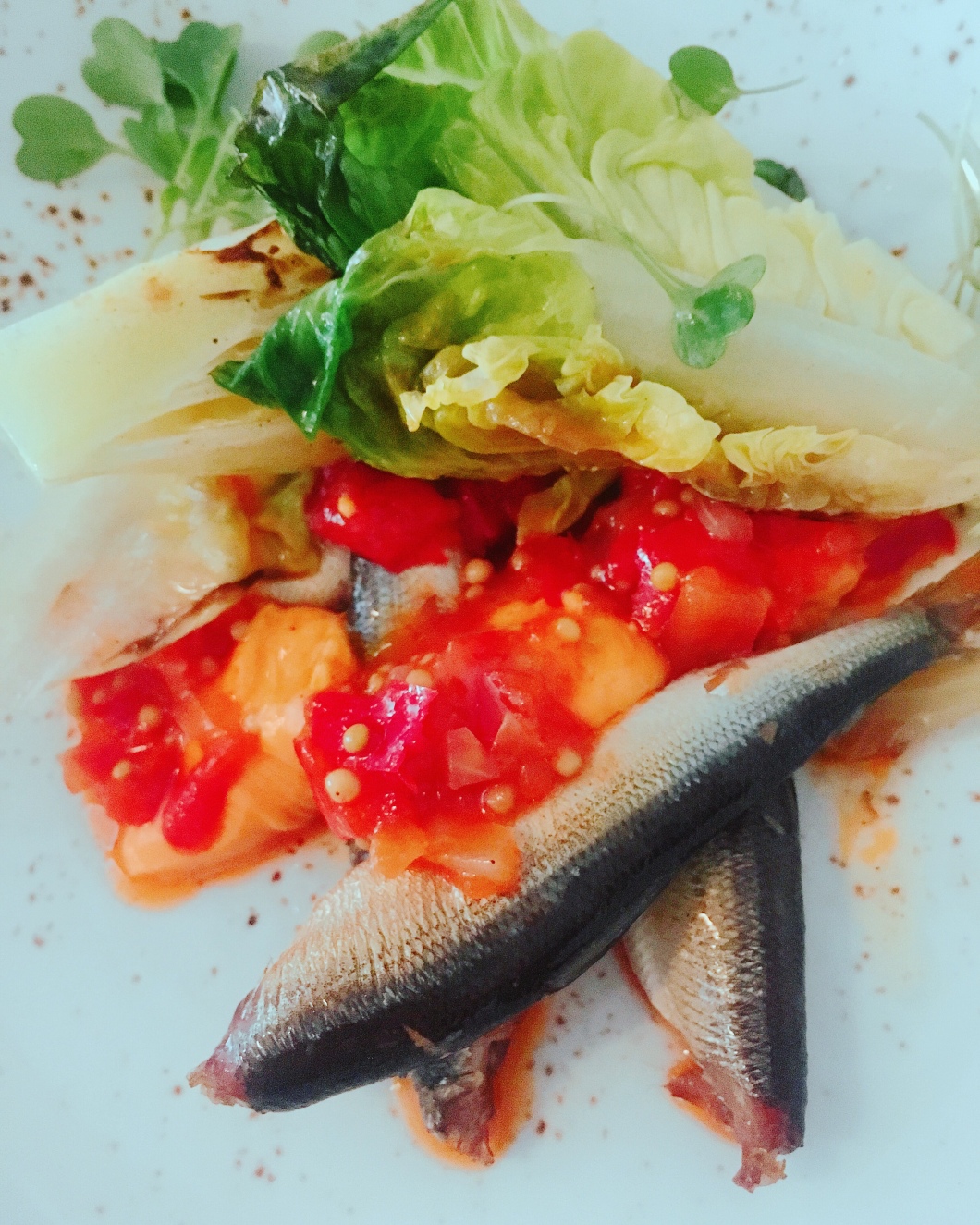 Again, not exclusively gluten free, but many of the dishes were naturally gluten free, but staff had great menu knowledge and I noticed the servers asking each table about allergies and intolerances as they took people’s orders. Again, they provided a plate of toasted gluten free breads (both light and dark bread).

Get the full story about my visit here. 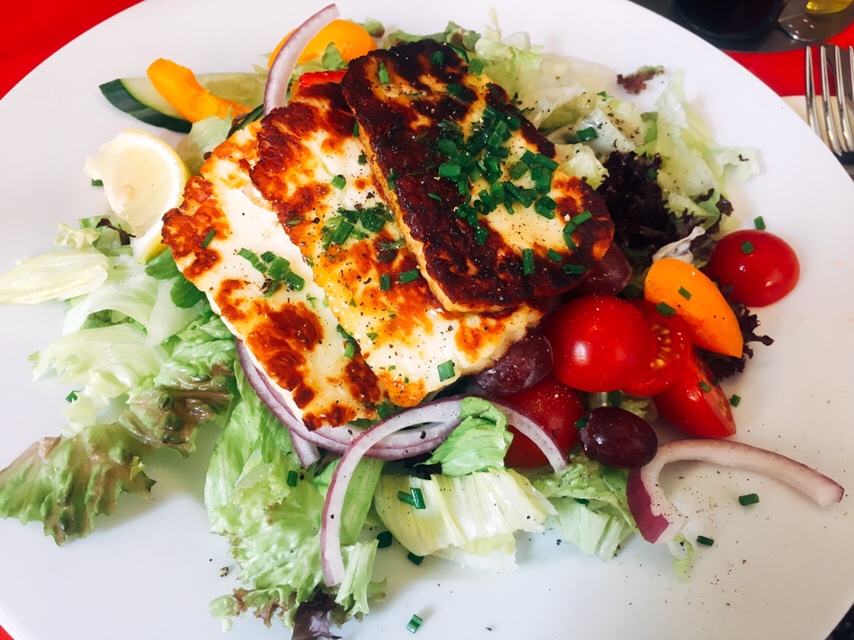 A popular lunch spot with local businesspeople, creatives and families alike. The menu has plenty of vegetarian options and is great for a light lunch. I had the halloumi salad which was enormous and one of the best I’ve tried.

Again this is not an exclusively gluten free restaurant but the menu is clearly marked with which dishes are gluten free and which can be adapted, by for example swapping out noodles for rice, and the staff are friendly and helpful when discussing your needs.

I’d seen quite a few recommendations for this mini chain, with branches across Finland, as well as Copenhagen and Hamburg, around the gluteeniton-gram, and after an afternoon drinking Lonkero and watching the Pet Finn play to the terrace at On The Rocks, it seemed like the perfect time to try it out.

They wear their sourcing policy proud, a bit like a Finnish take on Honest Burgers (though sadly they don’t serve alcohol, because who doesn’t need a cocktail with their burger?). I had their veggie burger, which starts out as vegan if you go for the basic model, but can also be pimped up with the various less vegan toppings that adorn their regular meat burgers. I went for Chipotle Brgr style and it was one of the best veggie burgers I’ve had, great gluten free bun, and don’t miss the loaded fries!

Not exclusively gluten free, but the central Helsinki branch we visited has a separate fryer (all about those loaded fries), and took care to prepare my food away from gluteny buns, the perks of them having an open kitchen, my food took a little longer to arrive than my friends regular burgers which did make me even more hungry but it was obvious they were taking care to avoid cross contamination.

Visit: for a bloody good burger

On the Rocks Kallio

If you want your food served with a side order of rock then the new neighbourhood edition of one of Helsinki’s rock bar favourites is a good bet. If you’re visiting on a sunny day they have a great outdoor terrace to the rear, happy hour offers and live music inside the bar.

We ate there before the Pet Finn played and the portions were huge. I had a giant sized Halloumi burger, although this time with regular GF bread rather than a GF bun, and since they don’t have a separate fryer I had the nachos rather than fries, and then ended up feeding the tipsy Irish contingent joining our party after a day in Kallio’s pubs and bars.

The menu is small and is a little limited due to the fries not being Coeliac-safe, but again the staff had a good knowledge of what I could eat, and were happy to adapt the dish for me. The nachos aren’t the most traditional but made for great sharing drunk food! The lunch menu they have online has a wider selection and had gluten free options clearly marked on it.

Visit: to get a taste of Helsinki’s music scene

Admittedly Greek food is not the first thing that jumps to mind when you’re in the Nordics but this a great taste of sunshine if you want something lighter. This is a full on nostalgia hit that has escaped the gentrification of the Kallio neighbourhood.

The food is an honest and simple run through of holiday classics with plenty of GF options, and even by Finnish standards some excellent coffee!

Not an exclusively GF restaurant but a good selection of food available, although sadly no GF bread. Our server had good knowledge of allergens in the menu.

Visit: for a hit of holiday nostalgia even in the Finnish winter 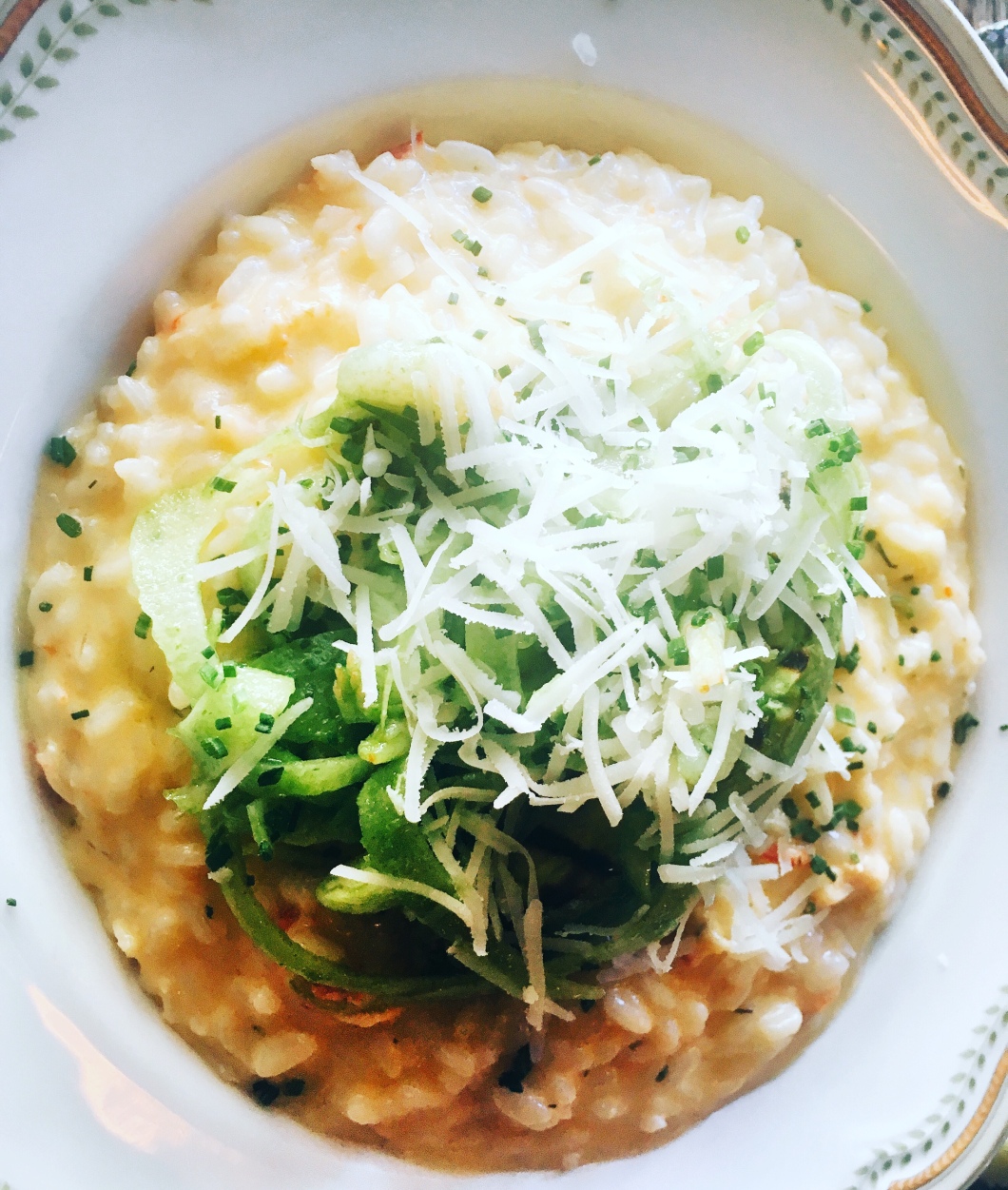 Sticking with a Mediterranean theme Töölö’s Trattoria Sogno serves up generous portions of tasty Italian food. When we visited at the end of lunch service one of the chefs was preparing Parma ham on a beautiful antique slicer.

Sadly the enormous pizzas are off limits but I had a fantastic risotto and was brought a plate of GF bread and my own private dish of oil and balsamic vinegar, which made it easy to spot the three other gluten free diners in the restaurant even at a quiet time! 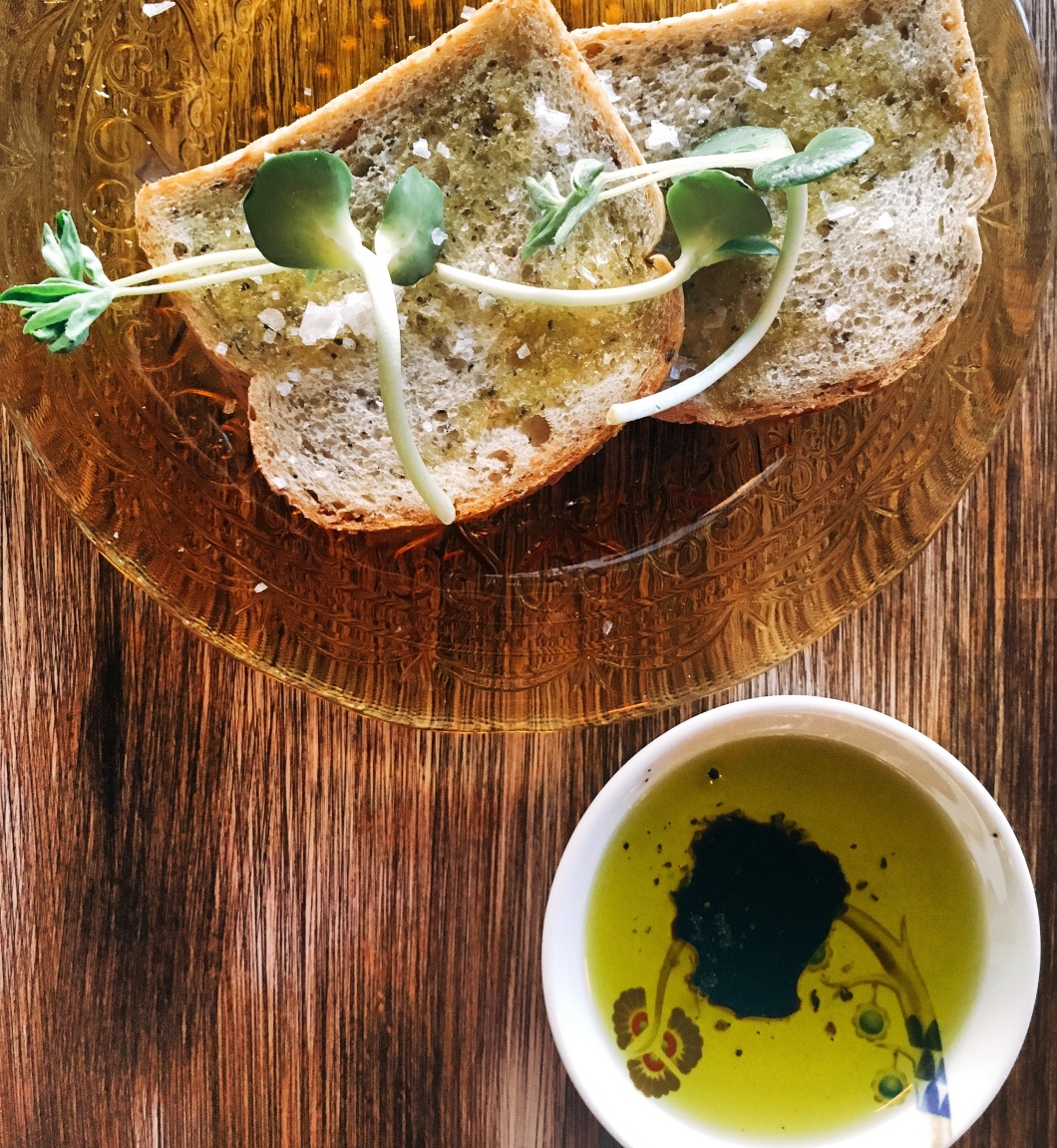 Again this is not exclusively gluten free but the menu is easy to navigate, the staff are helpful and it is obviously popular with locals eating gluten free.

Also in the Töölö neighbourhood, this is something of a departure from the stereotypical cream and flour-heavy Finnish coffee and cake joint. Gluten free, milk free, white sugar free cafe serving up raw, predominantly vegan cakes, smoothies and savoury snacks.

The cake selection is almost overwhelming, but in the end I chose a tropical “cheesecake” and a refreshing pineapple and mint smoothie, and did not regret it! I’ve not tried the savoury options but the neighbouring table were making very happy noises.

Visit: for the best GF vegan cheesecake on the planet (and when your liver says it’s time for a break).

Not in central Helsinki, but more than worthy of a mention. Serving up the full range of classic Nordic breads, cakes and treats, but all totally gluten free. We’re taking Karelia pies, princess cake, all number of berry-based cakes and the closest imitation of proper rye bread I’ve found!

Well worth the trip if you’re self catering, and a great place to stop off and grab provisions if you’re headed out of town to enjoy the Finnish nature.

Want to see more of my midsummer GF haul from Kakkutupa? Take a look here!

Visit: for a true taste of Nordic baking with none of the gluten 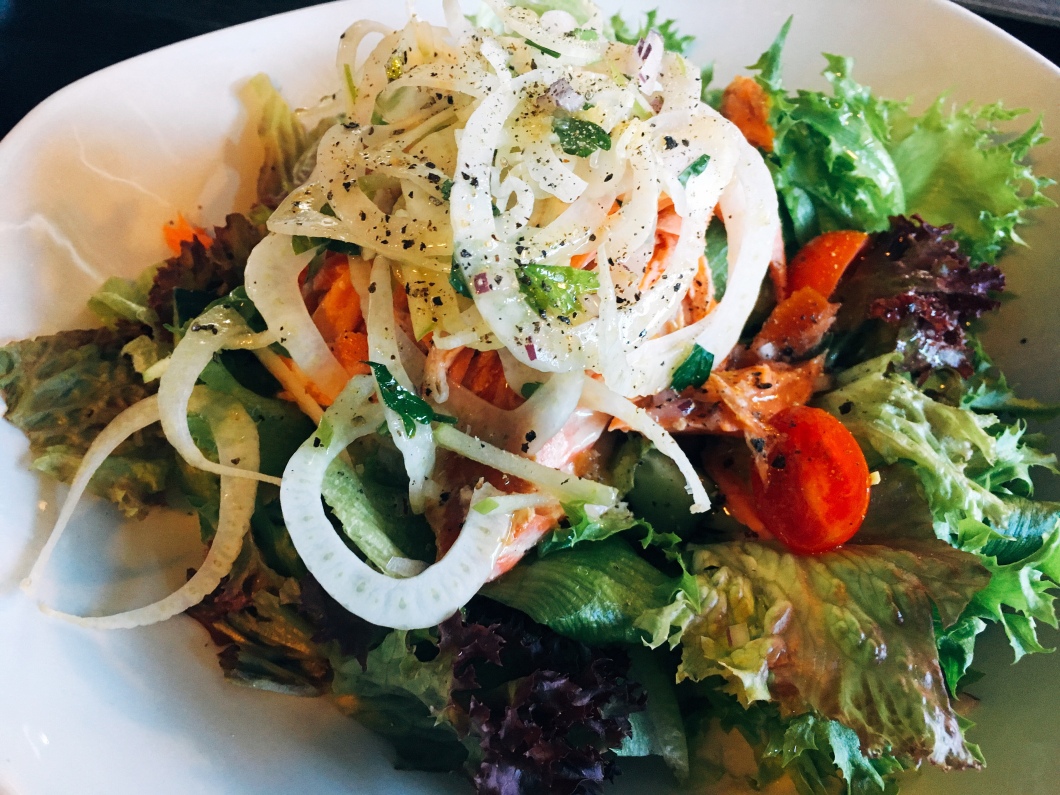 Finding decent GF airport eats can be a struggle and is pretty important when you’re going to be stuck on a flight with limited at best dining options.

I know that salads are a bit of a cop out but Nordic Kitchen does a great line in enormous, filling takes, including a killer salmon salad if you’re in need of a final hit of Nordic flavours before you head home.

Again, not exclusively gluten free but servers have good allergen knowledge and are very helpful!

Take a look here if you want to know more!

Visit: so you don’t end up getting so hungry on your flight that you bite the person sitting next to you!

If you’re travelling to Finland and want gluten free advice just give me a shout!